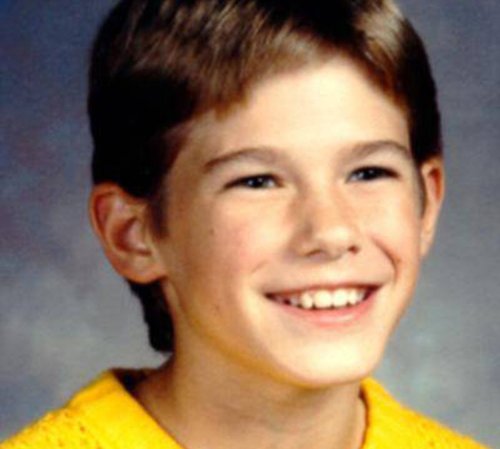 Jacob Wetterling has been found.

And today, 27 years after he was abducted in October 1989, his family now knows that he was molested and murdered that same night. Their wait for their beloved boy to come home is over.

What isn’t over is discrimination – in criminal and civil cases, in police believing and following up on reports, in whether reports are made in the first place.

I remember the news accounts, the fear and the panic when he was taken. I’ve never forgotten his sweet, smiling face, and all of the good that came for other children after he was abducted.

News of his abduction was printed and broadcast across the country. People knew all kinds of details then – what he was wearing, how he was taken, that police had a person of interest soon after. But Jacob wasn’t found.

Now we hear from news accounts that some police didn’t take incidents of molestation of boys in the area seriously or didn’t follow up on them as they would have had the victims been girls. There are reports that say that some boys weren’t believed, that some were just disregarded. What a terrible double standard.

Unfortunately, that same double standard still exists today, nearly 30 years later. Many people don’t believe men can be raped. Many even think that a stranger groping a man is different, albeit even acceptable, than a stranger groping a woman. Many reports made by men, when men can summon the tremendous courage to report at all, are not believed or not investigated.

While many double standards exist for men and women, this one likely caused more boys to be violated and traumatized, and maybe even somehow failed to prevent the death of Jacob Wetterling.

I long for a world where we all – men and women, black and white, rich and poor, weak and strong – are treated equally.

On another note, there are those who may not understand how the man who murdered Jacob Wetterling will not face charges in his killing. I don’t know his family, but I knew many family members of girls and women taken and murdered by the Green River Killer.

When the time came for him to face the death penalty or to be let out of that and instead face life in prison without the possibility of parole, his attorneys bargained. Some families got remains of their loved ones who had been missing for decades. Some families finally got answers to their questions regarding what had happened to their mothers, daughters, sisters, girlfriends. And those answers were desperately wanted and needed.

I imagine the family of Jacob Wetterling wanted the same. They wanted to know what happened. Was he alive somewhere, somehow, or was he dead? They now know, and they have his remains so they can give him a proper burial.

There is no way to get over something like this for those left behind. But there are things people can do to move forward. And to help the Wetterling family? Jacob’s mother Patty Wetterling posted this statement yesterday on the Jacob Wetterling Resource Center Facebook page:

“The Wetterlings are deeply grieving and are pulling our family together. We will be eager to talk to media as soon as we are able.

Everyone wants to know what they can do to help us.
Say a prayer.
Light a candle.
Be with friends.
Play with your children.
Giggle.
Hold Hands.
Eat ice cream.
Create joy.
Help your neighbor.
That is what will bring me comfort today.”

I would add find a way to help end this double standard that treats male victims of sexual assault differently than women.

Writer’s note: I didn’t name either killer in this post because I want them to receive as little attention as possible today.